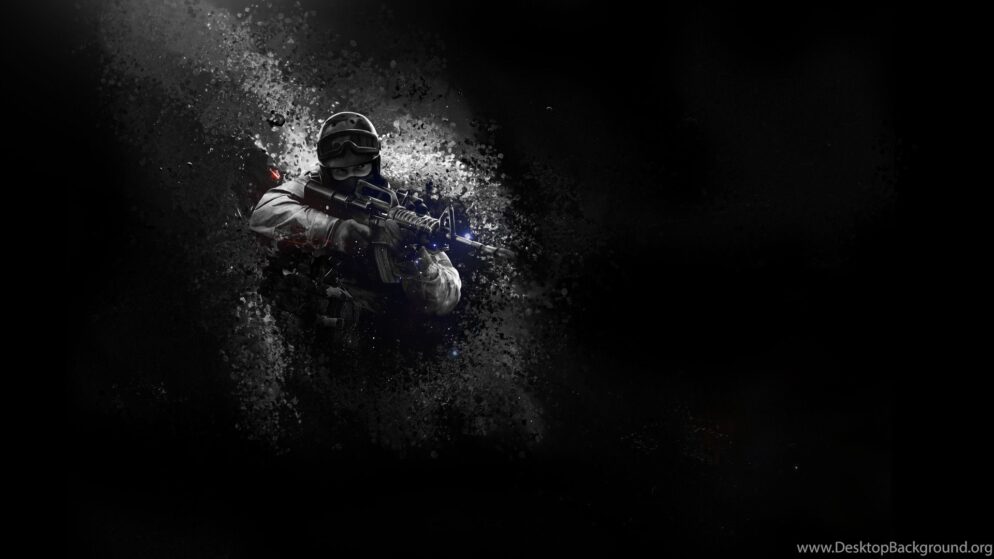 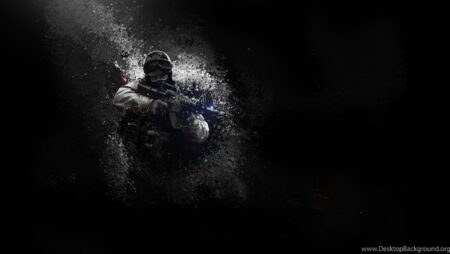 Despite Call of Duty’s immense popularity on console platforms, CS:GO is the optimal choice for PC players and was certainly designed to be played with a mouse and keyboard as opposed to a controller.

It always has – and probably always will be – a massive part of professional esports competitions, offering millions of dollars in prize money to avid gamers every year.

Counter-Strike: Global Offensive’s gameplay is a completely online multiplayer experience. While players can play offline against AI controlled enemies, Valve definitely had competitive and tense player-versus-player gameplay in mind when they carefully craft Counter Strike all those years ago – this is definitely where you’ll find the most enjoyment.

Let’s get the most awkward point out of the way first: CS:GO was released in 2012, and as a result of that, the graphics are quite terrible by modern day standards.

The water physics are non-existent and although there are plenty of maps within the core game, rarely do they inspire shock and awe in first time players.

Having said that, any gamer worth his weight in salt can tell you that the graphical capability of a game does not reflect how fun it is to play, and it’s certainly true that CS:GO has an excellent physics engine powering the fast-paced gameplay.

GAMEPLAY GUNS AT THE READY

At its very core, CS:GO is a shooter, which means players will find themselves wielding any number of deadly guns in one of Counter Strike’s carefully designed maps, attempting to gun down an opposing team of players before they themselves get filled with lead.

For performing specific actions within a game (killing another player, completing an objective etc), the player receives money, which they’ll use in between games (or even rounds, depending on the game type) to purchase deadlier weapons, equipment and armour.Terrorists

It was reported from some players that Counter-Strike: Global Offensive lacks the customisation options of Call of Duty – which is something that’s attempted to be remedied in the skin system. It’s a lacklustre attempt though, so if you’re thinking about downloading CS:GO, we recommend you expect a fully practical experience.

Unlike other mainstream shooters, Counter-Strike: Global Offensive doesn’t bombard its players with a plethora of game modes to dive into. Instead, the typical concept of CS’ precise gameplay is carried over to more alternative modes of play.

Here are all main casual and competitive game modes in Counter-Strike: Global Offensive, and a bit about what you can expect within them.Demolition

In this bomb scenario-gun game mashup, buying menus are completely disabled and money is not rewarded. Players are prohibited from picking up weapons from the ground, and consequently the guns of dead players disappear fairly quickly. The game is played out in rounds, and if a player manages to score a kill at any point in a round, he’ll receive an upgraded weapon in the following round. It’s roughly the same concept as a typical gun game, but with bomb planting and defusing added to the objectives.Arms RaceHostage RescueDeathmatchGuardianBomb Defusal

If you are following the professional Counter-Strike: Global Offensive scene, then you probably know that there are 7 maps being played in the “active duty map pool”. Below you can find a list of those maps:

From time to time, Valve removes a certain map from the active pool and starts working on making it competitive. For instance, Cobblestone was removed from the active duty map pool for a while now. Furthermore, Cache was also replaced by Vertigo.

These changes add a huge variety to the game itself, and it is easy to spot that Valve really takes care of this game. All in all, the future is definitely bright for CSGO.

CS:GO SKINSUNLEASH COLORFUL WEAPONS WITH UNIQUE DESIGNS FOR ALL TASTES

A massive portion of the revenue created by CS:GO comes from the collectible skins that the community finds very popular. These are exactly as you might expect: simple skins that change the colour of a player’s weapon, sometimes adding a pattern or picture.

About a third of CS:GO’s weapon skins are made by Valve – the main developing company – but the other two thirds are made and submitted by the community. Once a skin has passed the application process, it is placed on Counter Strike’s online market place.

There CS:GO skins can be purchased for real money by players, allowing them to personally customise their weapons in game. This is the most in-depth customisation feature in CS:GO, which admittedly leaves plenty to be desired in that area.A Shooter Unlike Any Other

It’s widely accepted as fact that it is easier to correctly aim a video game weapon when using a mouse and keyboard as a controller, which is one of the contributing factors luring gamers into playing Counter Strike.
While most shooters offer the player some amount of aim assist (an in-game mechanic that automatically helps players aim by magnetising their sights to an enemy in sight), Counter-Strike: Global Offensive’s gameplay doesn’t.A real FPS for pro players

If you have spent over 2000 hours playing CSGO, you probably know that you are in a good spot when it comes to your mechanical aim. There is no denying that Counter-Strike: Global Offensive is the most advanced game when it comes to raw aim. If you are a natural regarding your aim, you will have an excellent time playing Counter-Strike.

Given the fact that CSGO has been around for a while now, there are tons of mods available where you can train your aim and become a very lethal player. Custom maps such as aim_botz or Fast Aim/Reflex Training will bring you aim game to another level.

However, if we take Overwatch or Call of Duty as an example, we do not have the ability to practice our aim and overall, improve our game. This is what makes CSGO unique.

All in all, once you start playing other FPS titles with your friends who already invested a lot of hours into that game and if they never played CS:GO, you will be in a huge advantage. After you get familiar with all of the basics for games such as Overwatch, people will either call you a smurf or a hacker.

CS:GO PROFESSIONAL GAMING IN A NUTSHELLPROS AND CONS OF CS:GO ESPORTS

It has to be said that while plenty of pro console gamers will argue against the PC-superiority in terms of skill, the level of CSGO gameplay at professional esports competitions is staggeringly impressive.

Counter Strike: Global Offensive’s gameplay is engaging, fast paced and rewarding. Getting a crispy kill with a Desert Eagle feels incredibly satisfying, and once you grasp the basics of its slightly complex flow it becomes a rather enjoyable game.

Our CS:GO updates include all the latest results and goings on from tournaments across the world. If you need to check on who won the latest ESL Pro League matches, or who is set to compete at next year’s PGL Major, you can find it in the CS:GO news section here at Esports.net.

But our coverage goes beyond just a dry list of results, or pages of CS:GO esports schedules and tournament statistics. Rest assured that our updates can help you to understand the personalities behind the results.

OVERALL REVIEWAT ESPORTS.NET WE’RE SURE THAT CS:GO IS WORTH A SHOT

It’s unlike any other shooter, completely unforgiving in its gameplay, and therefore attracting the most die-hard of shooter video game fans. This might sound like it would be hard for new players to get into the game, given the quality of the competition they’ll be facing. CSGO just isn’t one of those games however. It’s very easy to pick up and bash through a few games at will, regardless of skill level. Each player starts off every game with roughly the same equipment, so newbies will always have a good chance of standing toe-to-toe.

Hints and critics from the CS Community

Counter-Strike: Global Offensive might present some areas to improve on. As we mentioned above, the customisation options are severely lacking. The weapon skins are extremely basic and pale in comparison to the collectibles other online shooters offer. This is indicative of CS:GO’s style – while it’s a true shooter at its core, the aesthetics of the game leave much to be desired. While some would go as far to call its gameplay addictive, others would claim it is shallow – and we can truly understand both perspectives.
Counter-Strike: Global Offensive isn’t one for gamers who like that steady sense of progression throughout – who enjoys the feeling of constant rewards. If you’re looking for that, this might not be the shooter for you. CS:GO is really for true fans of the shooter genre, who seek to truly test their skills against the harshest of environments and online semi-pros. Counter Strike’s lobbies are filled with PC gamers with a passion for making other people look stupid in-game – take it as a challenge!Want More CS:GO News?Counter-Strike: Global Offensive news at Esports.net is more than just headlines. We dig that bit deeper to help you to really understand just why certain players are more successful than others.

ALL THE LATEST CS:GO NEWS AND TOURNAMENTS

There is no denying that CSGO is becoming more and more popular as time passes by. This is why a lot of esports fans and enthusiasts are looking for a stable source of information regarding CS:GO news.

Here at Esports.net we follow everything related to CSGO including transfers, tournaments, updates, announcements, retirements, future prospects, etc. We try hard to present you with the fresh piece of CSGO news every day.

Alongside CS:GO news, we do our best to provide you with tournament previews and other useful information, especially if you are into betting. Our writers tend to cover all the popular tournaments, so stop by from time to time and see what we have in store for you.

Alongside standard Counter-Strike news, we provide you with the best CSGO betting odds and predictions for popular matches. It is also important to mention that we base all of our predictions on prior research hence and rest assured that you will have a hard time finding a better CSGO news outlet that will provide you with something similar to this.

If you would like to contribute to our CSGO news section you can get in touch with us and follow our tips to become an esports journalist. 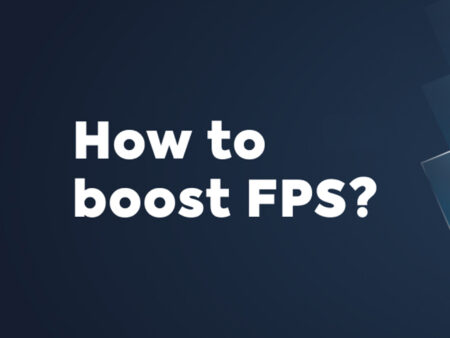 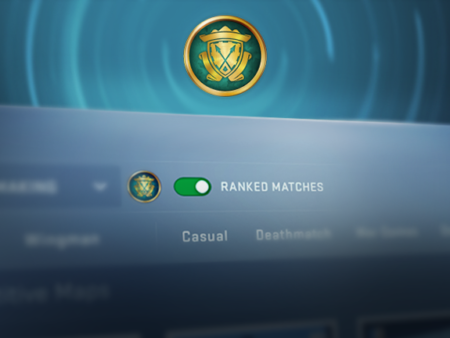 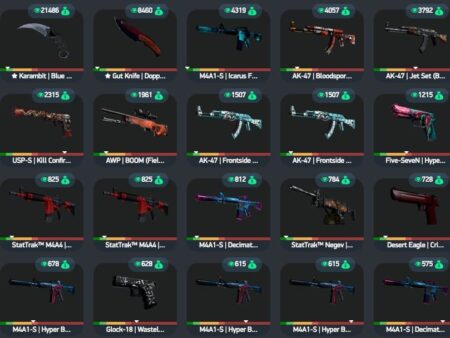