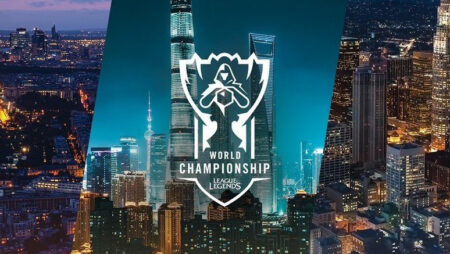 The League of Legends discipline may not boast the highest prize money, but it would be a sin for star players to complain about their earnings.

Salaries in esports are one of the topics that haunt the community. Nobody ever says exact numbers, and the ceiling of opportunities differs in the regions. The League of Legends development company tried to make a closed system, in which neither the amount of compensation for the work of the team’s coaching staff nor the salaries of the players are disclosed. Only rumors or scraps of information from insiders reach the media.

In 2016, it was rumored that the Chinese esportsman Min “Clearlove” Kai from Edward Gaming receives $ 1 million a year. An insider with the nickname Wh1t3zZ wrote the same about Koreans in 2014. One of the players (Pawn or Deft) of the same EDG earned $ 1.2 million, and the coach, whose name was not disclosed, made $ 500 thousand.

All this sounds unusual and at the same time does not seem like a big fiction. Titled, successful and promoted players are always appreciated by clubs. And the cybersportsmen themselves do not hide the fact that they are going to America or China to earn money. Local teams pay well. Co-owner of the Phoenix1 club, Michael Moore, said that his new organization was planning a loss of $ 500 thousand per season. Large organizations, he said, spend much more in three months, depending on the size of their salaries. But they, like any other figures, are not disclosed. Some consider the information confidential, others – that the market is not ready yet. Cybersportsmen do not hide the fact that they go to America or China to earn money, where teams pay well.

Due to the closed nature of the system, the press has no choice but to count the money won in tournaments. Until 2016, the prize pools of the competition did not seem very high compared to the Dota 2 and Counter-Strike: Global Offensive championships. $ 100,000 were drawn per season in the European LCS league, $ 260,000 in the Korean LCK and $ 540,000 in the Chinese LPL. At the main tournament of the year, the prize money has not changed for the last four years – $ 2 million. However, in 2016, Riot Games launched a crowdfunding campaign before the start of the World Championship. As a result, the prize fund increased from $ 2 to $ 6.7 million. In 2017, the company continued to improve the financial conditions for players. So, for example, in Europe and America for the season they will play not $ 100 thousand, but $ 200 thousand. The numbers are not the largest in comparison with football, but acceptable. If earlier players were afraid to bet on a career in esports, now the benchmarks are clearer.

In 2016, Riot Games launched a crowdfunding campaign ahead of the start of the LoL World Cup, thereby increasing the prize pool from $ 2 million to $ 6.7 million.

According to the Esportsearnings portal, the list of the richest and wealthiest in terms of prize money won is dominated by citizens of Korea and China. The current head of eSports Paris Saint-Germain (from 2010 to 2016 he played as a professional player) is only in 32nd place – $ 167 thousand.

There are four Russians and one Armenian in the top 100. Together they played for the teams Moscow Five and Gambit Gaming. The squad is called “golden”, since from 2012 to 2014 the five dominated in Europe and won the largest tournaments. At that time, they only failed to submit to the world championship twice. In 2012, the guys stopped in the semifinals, losing to future champions – Taipei Assasins.

The quarterfinalists of the 2016 World Cup – a team from the CIS Albus NoX Luna – were only among the 200 richest players. The Russian and CIS market as a whole is still developing. The prize money, like salaries, is lower than in other regions, depending on the size of the club. For two seasons, 9 million rubles are drawn here. Despite the fact that League of Legends cannot boast of large numbers yet, players understand what they have the right to expect in this industry.